The EU-LAT network is comprised of European movements and organisations that promote solidarity between the peoples of Latin America and Europe. It was founded in 2017 when two existing European networks —CIFCA and Grupo Sur— decided to join forces with the aim of strengthening their advocacy actions to promote participative European policies, with a gender-based focus, that contribute to comprehensive respect for human rights, democracy and sustainable development in Latin America.

The Espacio ACI is a not-for-profit association founded in Honduras in 1994. It is currently formed of 30 international organisations which work in the country and whose objective is to advocate for democratic processes in Honduras based on the strengthening of non-governmental organisations, with a focus on equality and justice, in which everyone is included in sustainable human development. 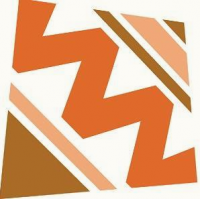 Founded in 1983, LAWG is one of the leading and longest-standing coalitions in the United States dedicated to foreign policy. LAWG and its sister organisation, the LAWG Fund, work with over 50 major religious, humanitarian, grassroots, labour, environmental and human rights organisations to influence decision makers in Washington DC. LAWG has guided U.S. representatives to change policies towards Latin America and promote human rights, justice, peace and sustainable development throughout the region.